How a doodle on a picture of Hitler led to exile

Borghild Olivia Langedal was born at Fedje in 1921, the daughter of Gjert Henriksen Langedal.  In 1941, after the occupation, Borghild was with some friends.  One of them drew a noose around the neck of Hitler in a picture in the newspaper.  The paper found its way into the hands of the Germans and they tried to round up everyone who had been involved.  Borghild had to escape.

Two of her uncles, Olav and Knut Langedal were, at this point, preparing a trip to Shetland.  They realised the seriousness of the situation that Borghild found herself in and knew she had to escape with them.  They left Fedje on 16 March 1941 on board MB Aron (H 48 AM).  There were fourteen people on board: Olav Langedal, the skipper, his wife Hanna and their two sons Odd and Per and their daughter Else, Knut Langedal, Johannes Hernar, Olav Kongestøl, Erik Langøy, Harald Langøy, Karl Rongevær, Anker Sævrøy and, of course, Borghild.  They arrived in Lerwick on 18 March.

Olav, Hanna, Per, Odd and Else, together with Knut came to Buckie shortly afterwards and they spent the rest of the war in the town, living in Union Terrace in Buckpool, sharing the house with Elias and Signe Ramstad and their daughter Aud until her death in 1942.

Borghild went to London and worked at the County Hotel near the Norwegian Embassy.  Whilst in London, she married Erling Rose Walderhaug, a fellow Norwegian exile.  Erling was born at Vardø in 1921, the son of Oswald and Inga Walderhaug.  They lived in rooms in Colosseum Terrace in Marylebone (today a very affluent road).  In August of 1942, Borghild was present at the great parade to mark
King Haakon VII's seventy birthday held in Hyde Park as well as at the concert held later in the Royal Albert Hall. 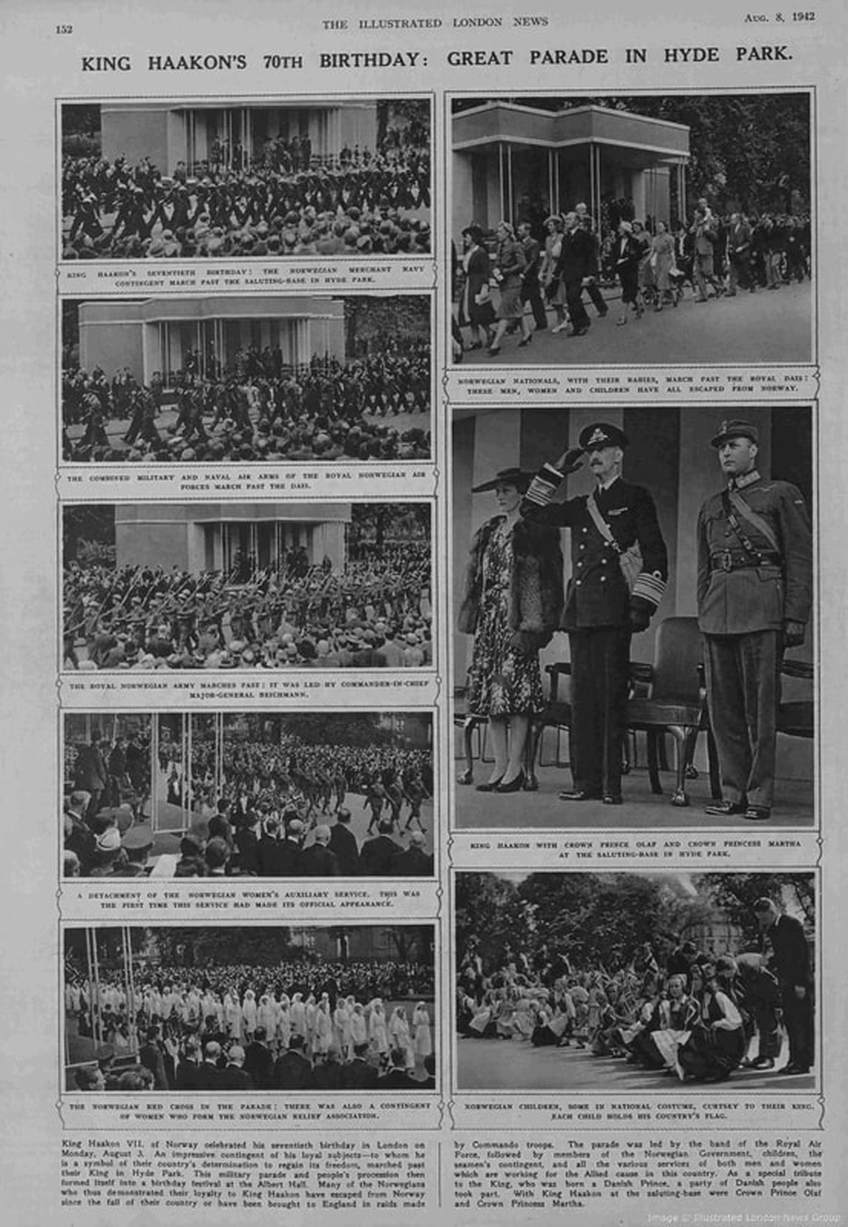 Erling served on various boats and, unfortunately, died on board DS Avance I in Newcastle in September 1942.  Borghild was seven months pregnant at the time and London was being pounded in the Blitz so she decided to move to Buckie where here uncle Olav and his family were living.   She gave birth to a son, named Erling Rose Walderhaug after his father, in Banff in November 1942.

After the war, Borghild and little Erling returned to Fedje.  In 1953, Borghild remarried, to Arnold Kastberg Kahrs and they had three further children.  Erling went on to become politician for in the Norwegian Conservative Party (Høyre) serving for many years as the Mayor of Fedje and also as a member of the Storting between 1989 and 1993. 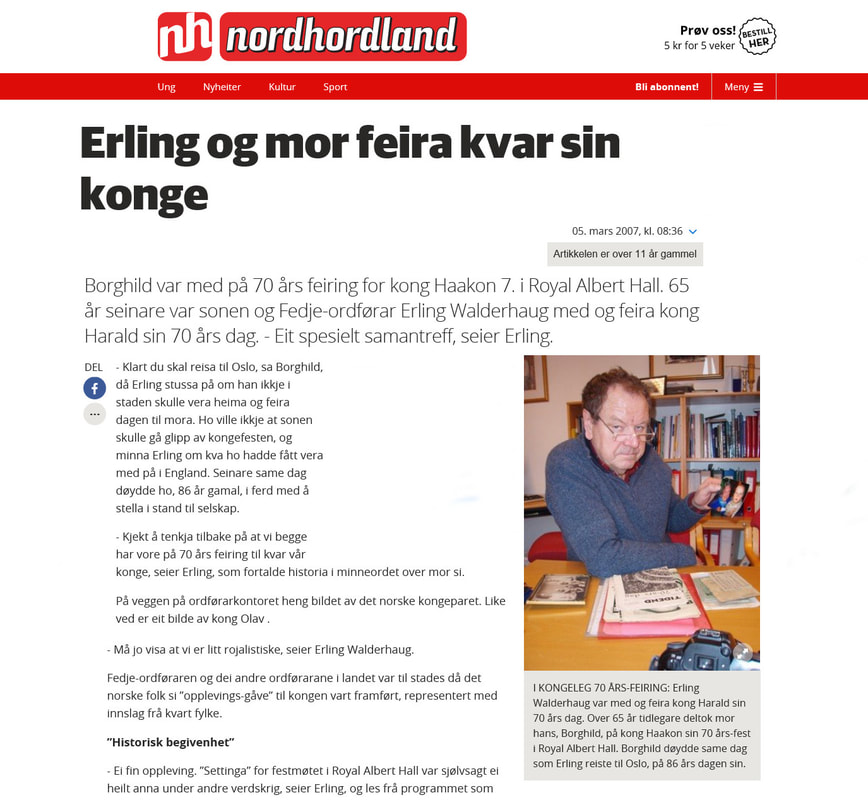