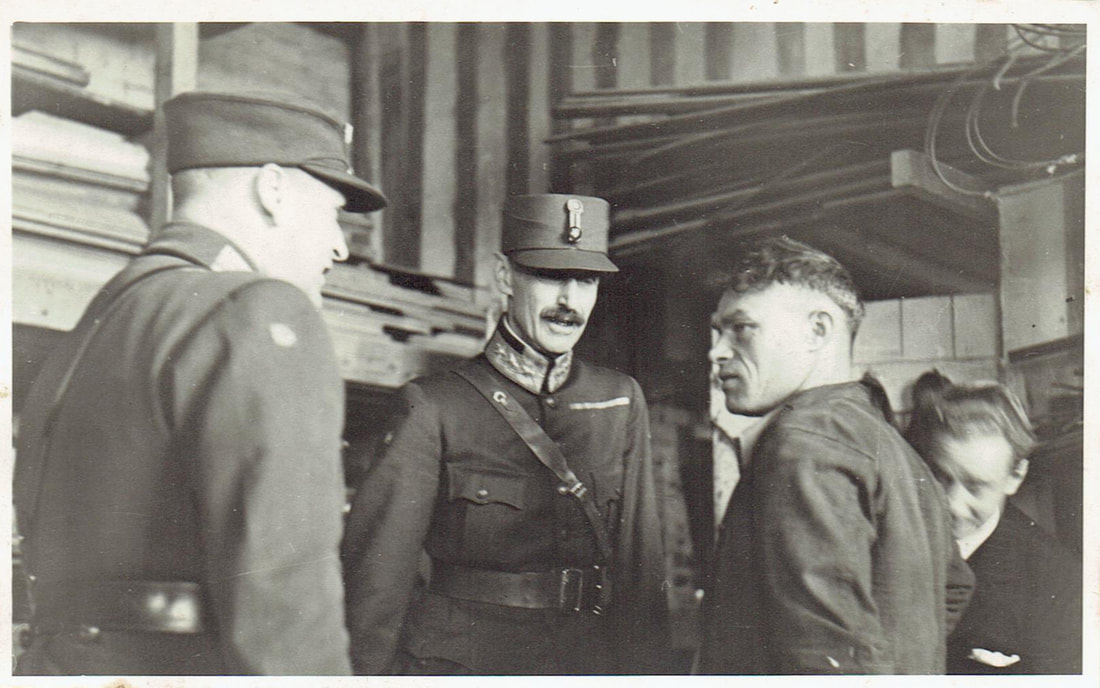 HM King Haakon VII and Crown Prince Olav speak to a Norwegian worker at the slip.

King Haakon with Norwegian children in the reading room which was located, alongside the Royal Norwegian Consulate, at Kintrae on East Church Street. 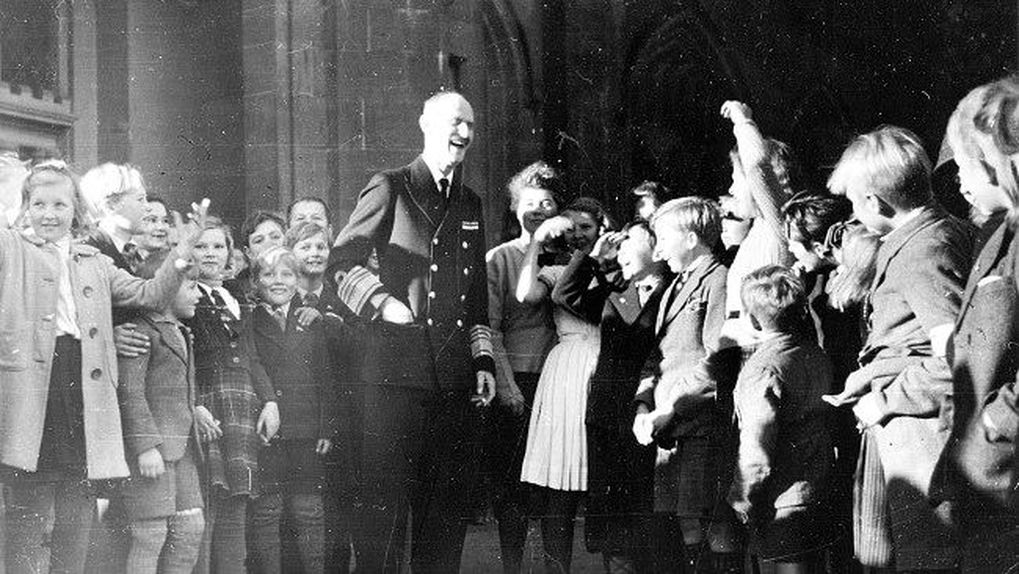 HM King Haakon at Drumtochty Castle in Kincardineshire which had been bought by the Norwegian Government in Exile as a boarding school for Norwegian refugee children. The King's delight and the children's delight are evident.
He was an unfailingly watchful guardian over the constitution of the country which in so singular a fashion had become his own.  His behaviour was invariably correct, with a self-discipline which was presumed to be natural to him but was in fact the result of deliberate cultivation. As a leader, King Haakon made strict demands on others, but the strictest on himself. As a friend, he was faithful, warm and considerate, but unflinchingly hard towards anyone who tried to operate with guile.  He disdained flattery, and both snobbery and conceit were completely alien to him, as a man who had always put duty before personal consideration. He was a great man, perhaps even a very great man.

The kings of the liberation from HACIENDA FILM NORWAY on Vimeo.