The 1925 census (below) shows the Christensen family, marked with a cross.  By this point, Peter's had acquired a step-mother when his father married, Kirstine Louise Zabel.  He would, in the coming years, have three half-brothers, Erik, Jørgen and Ejlert.  Peter was already, at the age of 12, working as a fisherman. 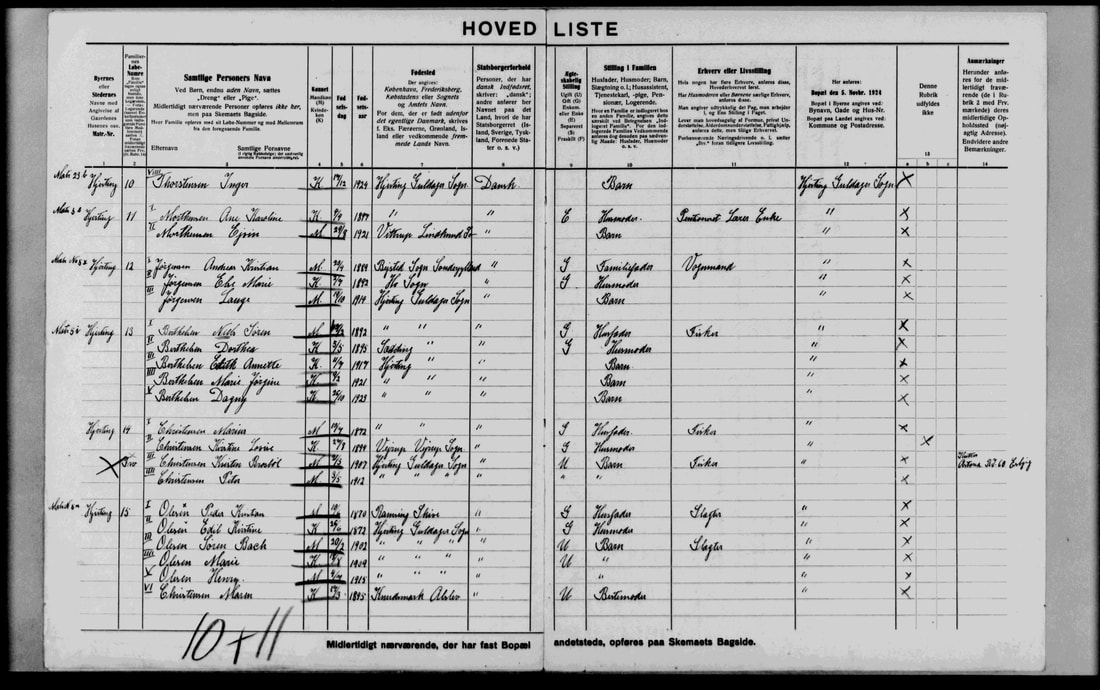 Peter fled to Buckie in the Spring of 1940 and worked as a fisherman, latterly on the boat 'Linda II'.  His first cousin, Christian Marinus Marcussen, had come to Buckie too.  Christian's mother and Peter's father were sister and brother. He lived for much of his time in Buckie in the house called Rathlin in West Street.

On the morning of 14 March 1942, Peter fell into Cluny Harbour and drowned. Peter's death certificate was witnessed by his first cousin Christian Marinus Marcussen.  It notes that Peter was married to 'Clara -' but nothing more is known of her and whether she too was in Buckie. 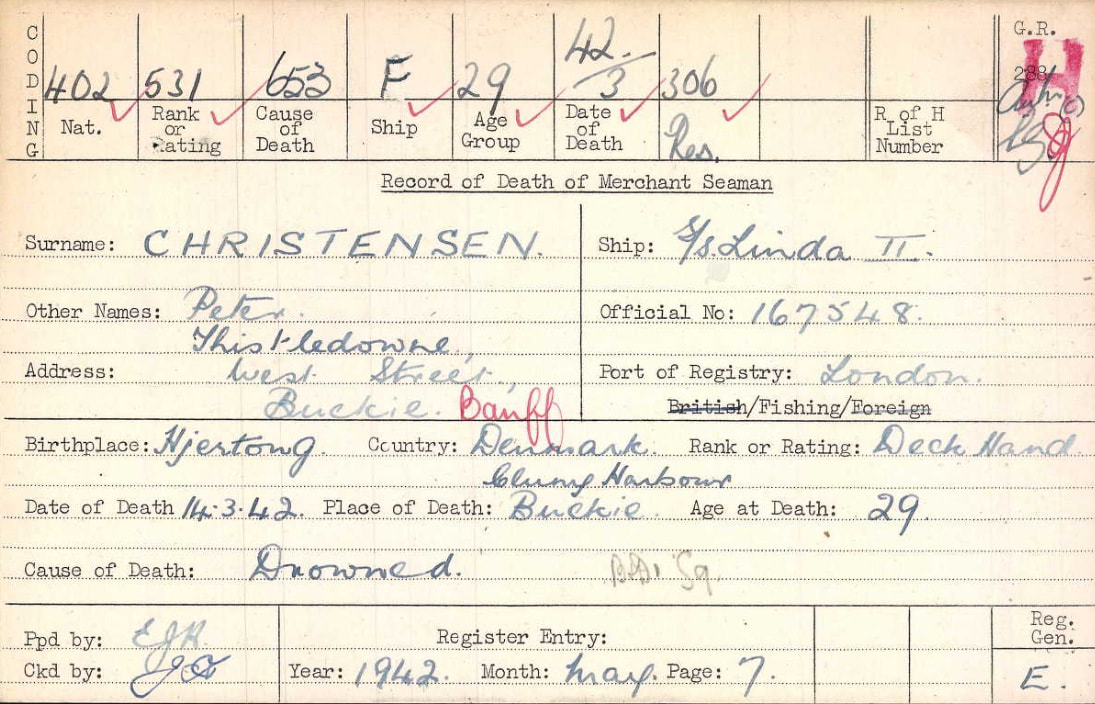