Buckie versus Denmark
the international at Linzee Gordon Park

On Saturday 18 May 1940, shortly after most of the Danish fisherman had arrived in Buckie, there was friendly football match between a local scratch team and some of the recently-arrived Danish fishermen.  We are piecing together some details about those named.  We know quite a lot about some of them such as Johannes Larsen and Knud Thomsen and their stories will be added soon. 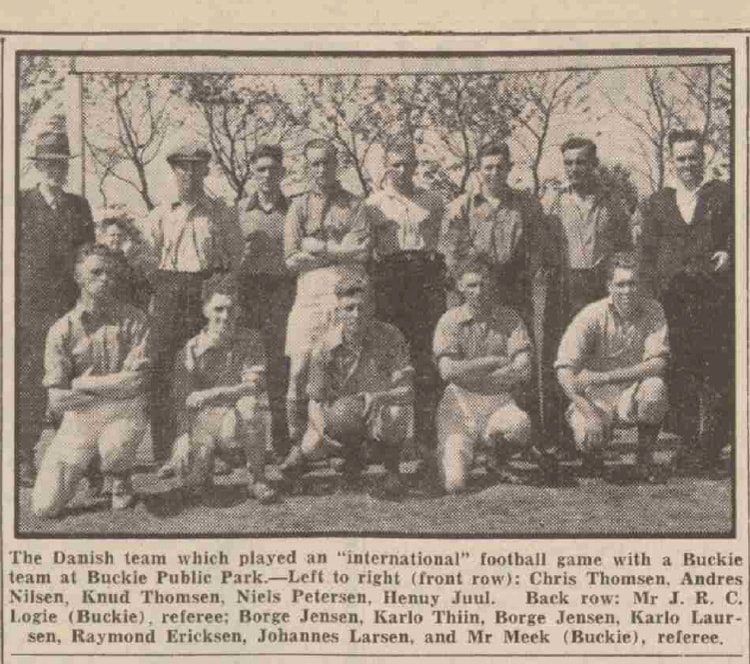 Almost every report in local newspapers about the Danish and Norwegians managed to mangle the spelling of their names; pity the poor report from the Banffshire Advertiser or the Press and Journal having to cope with the strange sounding names.   From left to right:

The scorers for Buckie were W. Geddes, A. Murray, G. Cowie and G. Cowie (no Buckie would have been completed without at least two Cowies).  The four Danish goals were scored by Raymond Ericksen, indicating some talent.